A member of my local comm organized a picnic to celebrate her birthday - it was supposed to have happened a couple of months earlier, but due to COVID-19, we couldn't meet up. Since our country has relaxed its restrictions, however, we finally got to meet up to celebrate her birthday! The weather was pretty much perfect, it was around 28 degrees celsius, or in the low 80's, with some light cloud coverage and a slight breeze. We set up in the shade of some large trees in a quiet, less popular park. 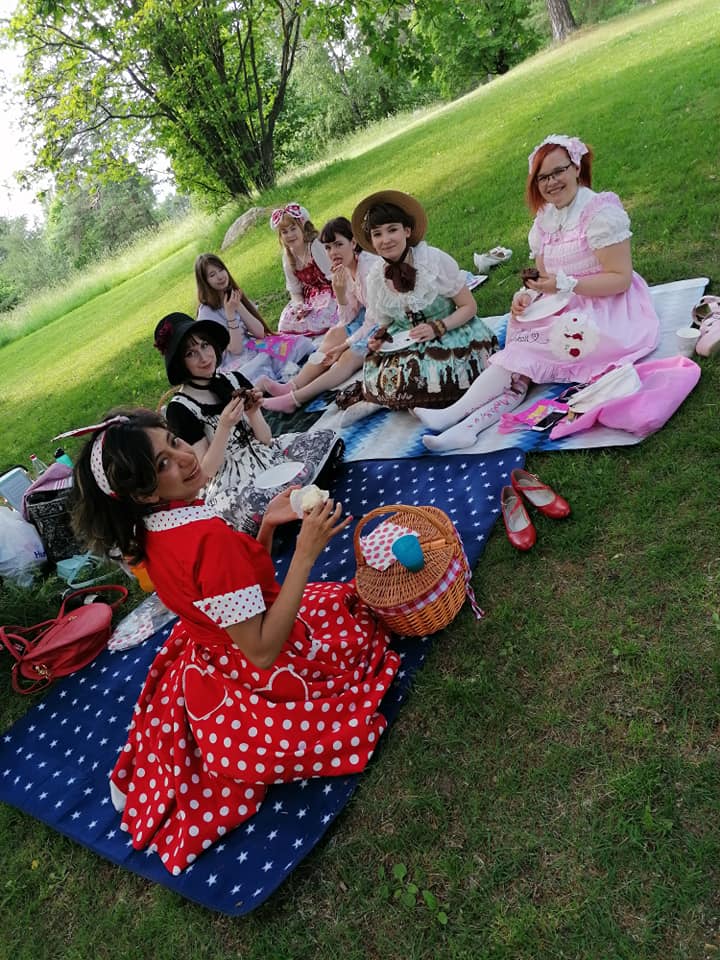 I wore one of my newest dresses, Angelic Pretty's Ghost Night Bride in Ivory, which I love in no small part because of how much it resembles my dream dress, Alice and the Pirate's Vampire Prelude in Ivory. I had the good luck of actually buying it just a few days ago, but I really like Ghost Night Bride as well, so I'll probably keep it. I tried to coordinate it in a more elegant & gothic style, but I think it still basically reads as sweet to me. 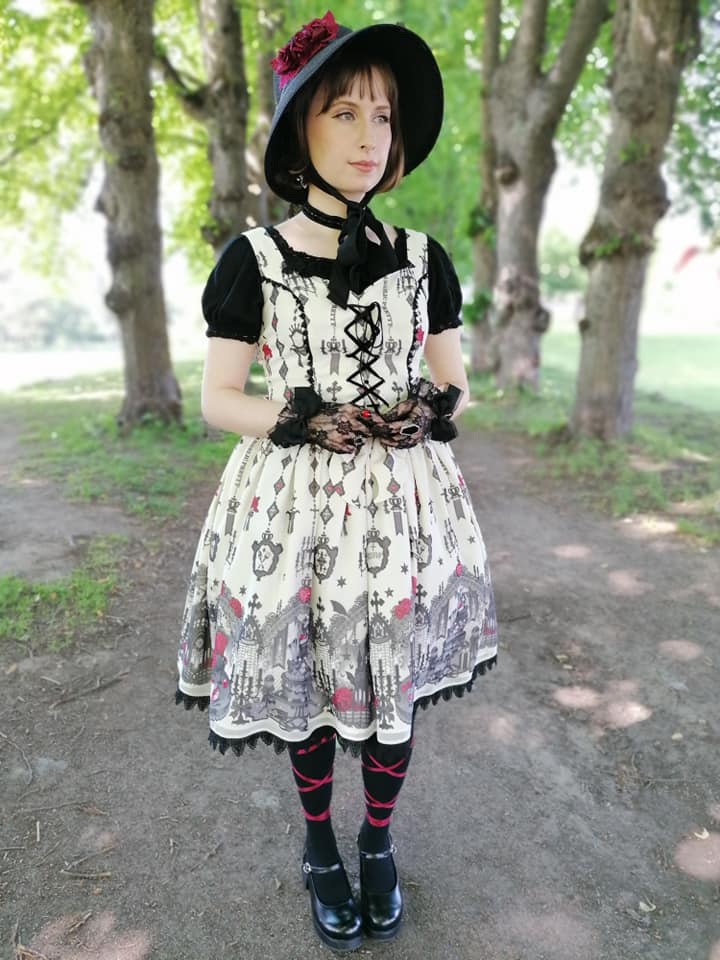 We brought food and drinks, and ate until we were all pretty uncomfortable, as one does. 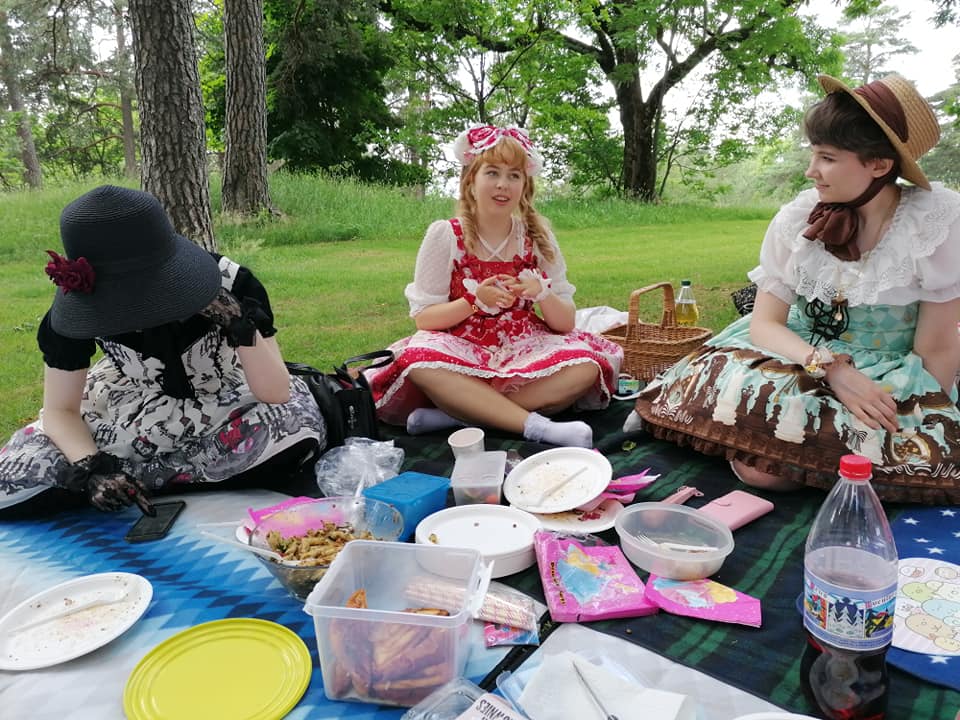 A little red squirrel kept trying to get to the vegan cupcakes.

We played a game called "Mafia", though we also did a round of "Werewolf", and a lolita version of our own invention. I was immediately killed twice, and 'narrated' poorly once! 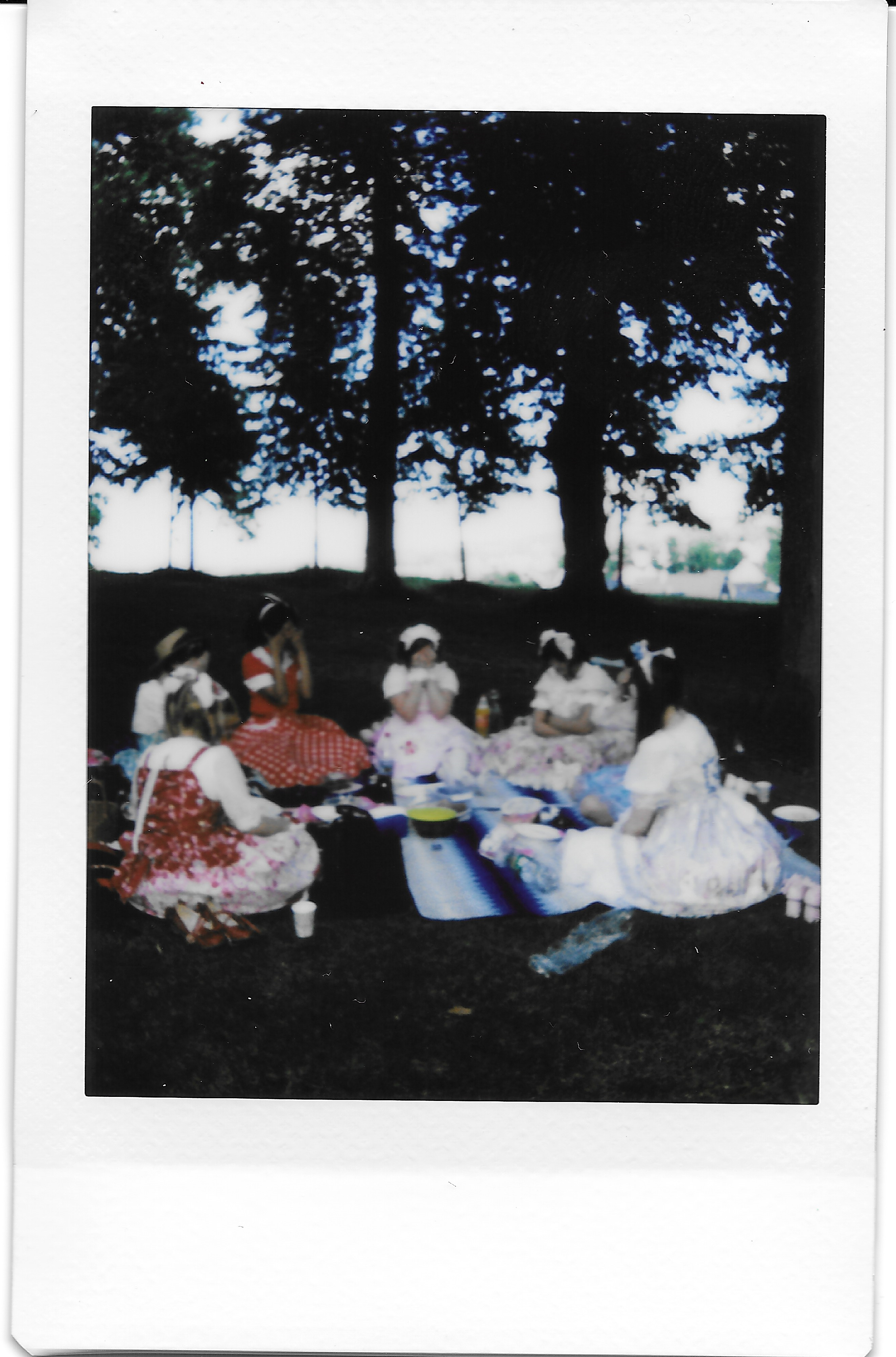 We then did a couple of games of a Swedish game called 'Kubb', which was quite fun, though I also lost twice... 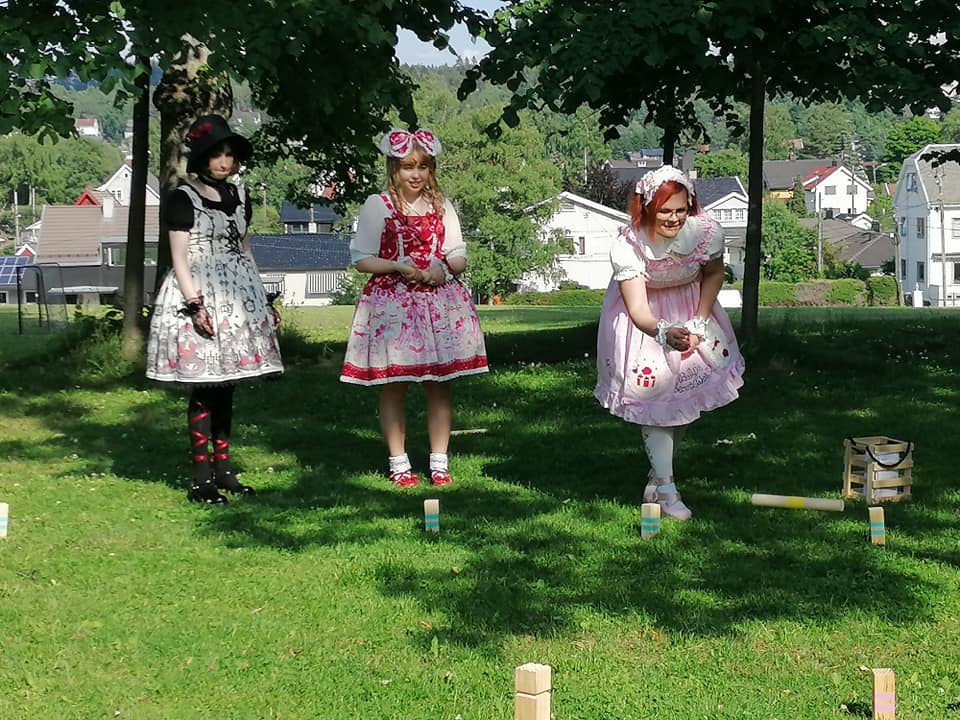 I had a super fun time, it's been amazing joining such a friendly and fun community, I feel very lucky!